William George Lawrence – the third of the Lawrence brothers,
and the one to whom T. E. was closest – went missing in action while flying as an observer in a Royal Flying Corps BE2c near St Quentin
in France.

The family received the news in a telegram sent by the War Office three days later:

“Regret to inform you 2Lt W.G. Lawrence Ox and Bucks LI and R.F.C. is missing since 23rd Oct. This does not necessarily mean that he is killed or wounded.”

Will had been serving in France for less than a week. He was 25. Though his death would not be confirmed until the following May,
T. E. always took it for granted that his brother had died.

Will was the second of the Lawrence brothers to be lost in the war, following the death of Frank in May. 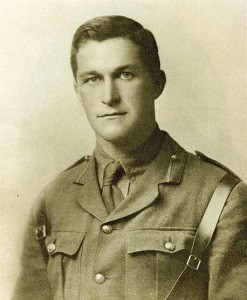