Thomas Edward Lawrence was born at Tremadog, in North Wales. He was the second of five boys to be born to Thomas Robert Tighe Chapman, of the Anglo-Irish landowning class, and Sarah Junner.

In the mid 1880s, Lawrence’s father had left behind his wife, Edith, and four daughters at the family estate in County Westmeath,
Ireland, to set up home with Sarah, who was the family’s governess. Thomas Chapman was never divorced from Edith, and the stigma that surrounded living out of wedlock at the time caused Thomas and Sarah to move many times over the next few years to avoid
detection. Lawrence was an assumed name. Their first child,
Montague Robert (Bob), was born in Dublin in 1885.

The port of Porthmadog in North Wales was the landing point for the ferry from Ireland, and it was in a rented house in nearby
Tremadog that Thomas Edward (Ned) was born.

The Lawrences continued to move around as more sons arrived.
William George (Will) was born in Kirkcudbright, Scotland, in 1889. The family lived in Dinard, on the coast of Brittany, France, from 1891, moving temporarily to St Helier, Jersey, for the birth of Frank Helier in 1893. In 1894 they returned to England to live in the New Forest.

In 1896 the family moved to Oxford so that the boys could attend the fee-paying City of Oxford High School, which had recently been opened, primarily to serve the needs of the sons of University
lecturers. A fifth son, Arnold Walter, was born in 1900. Although Lawrence’s parents were devout Christians, they were ‘living in sin’ as it would have been called at the time. Yet there is ample evidence that they were a happy, united family. They were regular worshippers at St Aldate’s Church where an evangelical brand of Christianity was practised. During his boyhood, Lawrence became increasingly absorbed in the medieval world, and began to undertake a
series of ambitious bicycle journeys around England, Wales and France to further his studies.

Lawrence read history at Jesus College, Oxford, graduating with First Class Honours. In summer 1909, he undertook an arduous 1,000-mile walking tour of Syria to study Crusader castles for his thesis, The Influence of the Crusades on European Military Architecture—to the End of the XIIth Century.

Lawrence was awarded a Senior Demyship
at Magdalen College, Oxford. Under the
influence of David Hogarth, Keeper of the Ashmolean Museum in Oxford, he spent four
seasons working as an archaeologist on the British Museum’s excavations of the Hittite city of Carchemish, on what is now the border between Turkey and Syria. It was at Carchemish that he met Dahoum, a young Arab boy working as an assistant on the site, who became his great friend and is widely assumed to
be the ‘S.A.’  in Lawrence’s dedication in Seven Pillars of Wisdom. In January 1914, Lawrence and his fellow archaeologist Leonard Woolley assisted in a survey of the Sinai Desert funded by the Palestine
Exploration Fund, publishing their findings as The Wilderness of Zin.

Lawrence left Carchemish for the last time in June 1914. Following the outbreak of war, he spent a short time working in London in the Geographical Section of the War Office. He was commissioned as
a Second Lieutenant and moved to Cairo where he worked in the Military Intelligence Department. In 1915, Lawrence learned of the deaths of his brothers Frank, killed in action in France on May 9,
and Will, missing in action in an observation plane over France on October 23 and presumed dead. In April 1916,  Lawrence went to Basra in Mesopotamia to take part in negotiations for the release of Allied soldiers besieged in Kut. 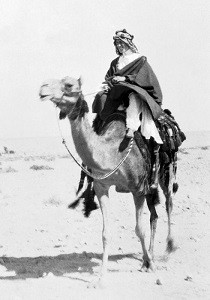 From October 1916, Lawrence worked as Liaison Officer to the Emir Feisal,  whose Arab irregular troops became engaged in a series of guerrilla operations against the armed forces of the Ottoman Empire, known as the Arab Revolt. It was these turbulent two years which provided the material for his book Seven Pillars of Wisdom and were the basis for his eventual fame as ‘Lawrence of Arabia’. Lawrence’s involvement in the Arab Revolt came to an end with the fall of Damascus in October 1918. He returned to England and commenced lobbying politicians to fulfil promises for independence made to the Arabs.

Along with Emir Feisal, Lawrence attended the Paris Peace Conference which resulted in the Arabs being denied the freedom to the lands over which they had fought. He wrote the first draft of Seven Pillars of Wisdom. It was in this year that the ‘Lawrence of Arabia’
legend was created by an American journalist, Lowell Thomas, who presented an ‘illustrated travelogue’ to huge audiences, first in New York, then in London and finally worldwide.

After his first draft of Seven Pillars of Wisdom was lost at Reading
Station in November 1919, Lawrence spent the first weeks of the year rewriting the book from memory while ensconced in the attic of the architect Herbert Baker’s office in Barton Street, London. 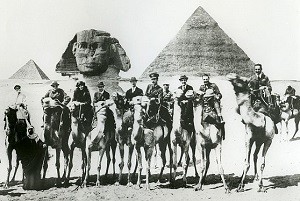 Winston Churchill approached Lawrence and, despite his initial reluctance, he accepted an appointment as Adviser on Arab Affairs at the Colonial Office. Lawrence attended a new peace conference in Cairo, which resulted in the establishment of the map of the Middle East which largely remains to this day.

By summer 1922, Lawrence had completed a third draft of Seven
Pillars of Wisdom – the so-called Oxford Text. In August he enlisted in the ranks of the RAF under the assumed name of John Hume Ross.
It was his early service in the training depot at Uxbridge which provided much of the material for his book The Mint, which was not to be publicly available until 1955. It was in late 1922 that Lawrence embarked on his passion for Brough Superior motorcycles which provided him not just with transport, but with a mental escape.

In January, Lawrence was discharged from the RAF after his real identity was revealed in the press. In March he enlisted in the Tank Corps in Bovington, Dorset, as a private soldier under the assumed name of Thomas Edward Shaw. It was while here that he continued to establish many important friendships including that of Thomas Hardy who lived nearby in Dorchester. Lawrence took a lease on a semi-derelict cottage near Bovington Camp – Clouds Hill – which was to become his refuge and, following its purchase, eventually
his home. During this year he made his translation of Adrien Le
Corbeau’s Le Gigantesque (Forest Giant). 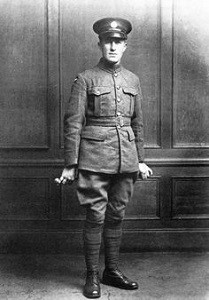 Lawrence spent much of his free time during these years preparing the Subscribers’ Edition of Seven Pillars of
Wisdom, which enabled him to indulge his passion for
fine printed books. Offered at a price of 30 guineas, each copy was individually bound for the subscriber. The text
of this version of Seven Pillars of Wisdom is the one best known throughout the world today. However, the effort exhausted him. He was also deeply unhappy in the Tank Corps. Following pressure on the government from his friends, concerned about his health, in 1925 he was
readmitted to the RAF, stationed at Cranwell.

The Subscribers’ Edition of Seven Pillars of Wisdom appeared at the end of 1926, followed in March 1927 by Revolt in the Desert, an abridged version made available to the general public. In late 1926 he was posted to Karachi, which was then part of India, and then
Miranshah near the Afghan border. During this time he completed The Mint and began translating Homer’s Odyssey. 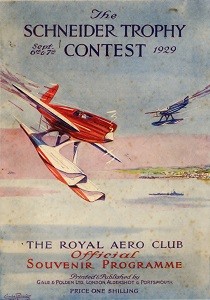 In January, Lawrence returned to England following press stories that he had been involved in an insurrection in Afghanistan. He was stationed at RAF Cattewater (later Mount Batten) in Plymouth, from where he resumed his friendships with artists, politicians and writers. During the summer, he acted as personal assistant to his commanding officer, Wing Commander Sydney Smith, during the preparations for the prestigious Schneider Trophy seaplane race over the Solent.

Lawrence started work on the development of high-speed rescue boats for the RAF, after witnessing the fatal crash of an RAF flying boat in Plymouth Sound. It was this work that occupied most of his final years in the RAF, taking him to postings in Hythe, Southampton and Bridlington. 1932 saw the publication of his translation of the Odyssey.

Lawrence retired from the RAF and cycled from his last posting in Bridlington to Clouds Hill.

Lawrence fell from his Brough Superior motorcycle when he was in collision with two boys on bicycles on the road between Bovington Camp and Clouds Hill. He never regained consciousness.

Lawrence died as a result of his injuries.

Lawrence was buried at Moreton, Dorset. His funeral was attended by a large crowd including Winston Churchill, writers and artists including Augustus John, Eric Kennington and Siegfried Sassoon, and friends from his service days. Lawrence’s mother Sarah and brother Bob were travelling along the Yangtze river on their return from China, where Bob had been working as a medical missionary, when they received the news of his death; his brother Arnold was the only family member present at the funeral.