Lawrence’s family life and service career took him far and wide around the British Isles. The following pages are intended as a brief introduction to some of the places where he lived or spent time. 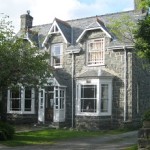 A life continually on the move meant it was not until the Lawrence family settled in
Oxford that young Ned had an established home. Learn more about the places they lived in the early years, and the family
circumstances that kept them moving on
READ MORE 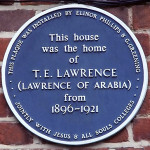 In the historic city of Oxford, where Lawrence went to school and university,
it is still possible –at least in parts – to dip into the world which he knew so well
READ MORE 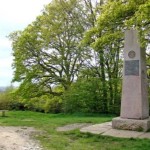 On these 18 acres of land in Epping
Forest, Lawrence and his friend Vyvyan Richards dreamed of building a medieval-
style hall where they could print fine
books in the style of William Morris
READ MORE 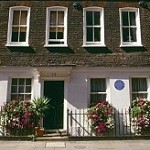 Lawrence is usually associated with
Oxford and Dorset, yet it was to London that he kept returning. He worked at the War Office and Colonial Office, and wrote the Oxford Text of Seven Pillars of Wisdom
in an attic room in Westminster
READ MORE 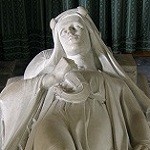 Lawrence came to know this area when he served at Bovington Camp in the 1920s. Here he bought his beloved cottage, Clouds Hill, where he entertained his
many friends. He is buried at Moreton
READ MORE 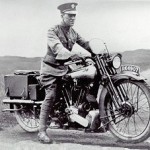 After Lawrence re-entered the RAF
in 1925, he served at the Cadet College
in Cranwell. Here he completed the
Subscribers’ Edition of Seven Pillars
of Wisdom and raced his Brough Superior against a Bristol Fighter aircraft
READ MORE 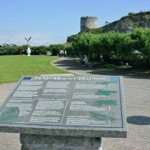 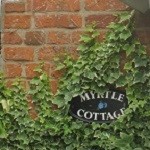 The Lawrence family lived close to South-
ampton Water during part of his childhood, and he returned to the area in 1929 while helping to organise the Schneider Trophy race, and in the 1930s while working on high-speed motor-boats for the RAF
READ MORE 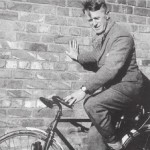