Another successful and very well attended Symposium in the beautiful surroundings of St Johns College, Oxford. In fact we had the largest attendance of delegates ever, at this symposium. 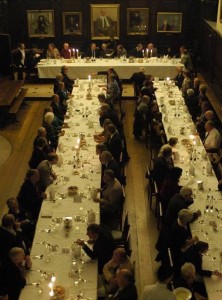 We linked up with Magdalen College, who  presented a unique exhibition and talk on their expanding archives on Lawrence.

We also had a whole afternoon devoted to Gertrude Bell and her friendship with Lawrence, together with her influence on the Middle East. The directors of the film Letters from Baghdad will presented and answered questions about the making of this fascinating documentary. The Gertrude  Bell Archive director from Newcastle University also described the massive collection held there.

Other fascinating presentations included the forgotten colleagues of Lawrence who supported the Arab Revolt, portraits of Lawrence, the Hejaz and armoured cars, Lawrence’s other war beyond the Revolt, what Germany and Austria thought about Lawrence, and the military medals awarded to Lawrence. 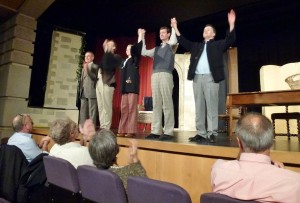 The programme for the 2018 Symposium can be viewed HERE.