The 80th anniversary of Lawrence’s death on May 19 1935 was marked with a series of commemorative events in Dorset and at his birthplace in Tremadog, North Wales.

At Clouds Hill, Lawrence’s cottage in Dorset, the National Trust held its first ever Lawrence Week including a number of informative talks and guided walks, culminating with a gathering of Brough Superior motorcycles outside the cottage. 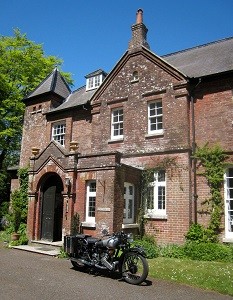 Lawrence Week began at Max Gate, the home of Thomas Hardy near Dorchester, where T. E. Lawrence Society vice-chairman Alan Payne arrived on his own Brough Superior SS 80 to give a talk on Lawrence’s journeys. 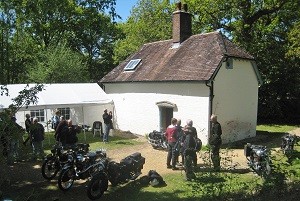 Later in the week, six members of the Brough Superior Club
arrived on their motorcycles at Clouds Hill. The gathering
included the SS 100 that is
reputed to be George IV, which Lawrence owned during part
of the time he lived here – still living within 20 miles of Clouds Hill. 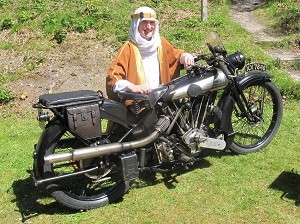 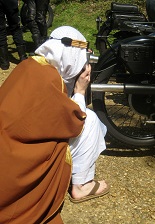 For one of the National Trust’s keen
team of volunteers at Clouds Hill, the chance to get up close to George IV proved irresistible.

Following the success of Lawrence Week, the National Trust is considering making
it an annual event.

At the beautiful St Nicholas Church in Moreton, where Lawrence’s funeral was held on May 21 1935, the Bovington Military Wives Choir enchanted an audience with a selection of songs carefully
chosen to reflect Lawrence’s life and interests. 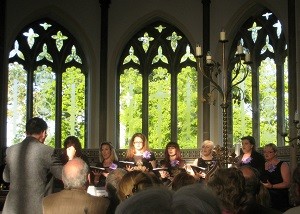 The songs included I Dreamed a Dream and Castle on a Cloud from Les Miserables.

After the concert, dinner was served at the Moreton Tea Rooms.

Proceeds from the evening will go towards Moreton Village Hall and the Military Wives Choir Foundation Charity. 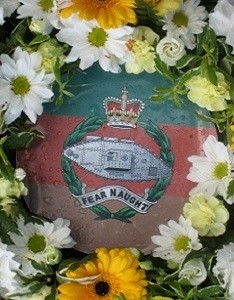 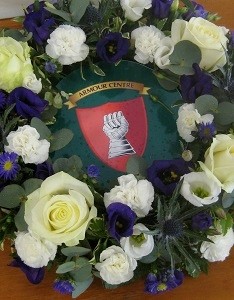 On May 19, three services of commemoration, including the laying of floral tributes, were held by the Armed Forces at the scene of Lawrence’s fatal crash, at the hospital where he died, and at his graveside in the cemetery at Moreton.

After the services, a 1920 Rolls-Royce
armoured car, lent by the Tank Museum at Bovington, drove in convoy with five Brough Superiors, including George IV, from the cemetery back to Clouds Hill.
A most fitting tribute to Lawrence. 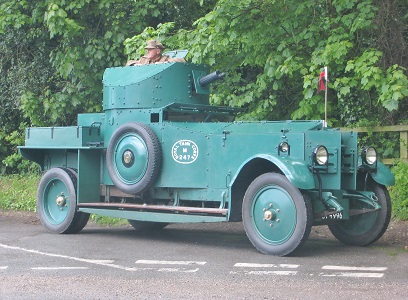 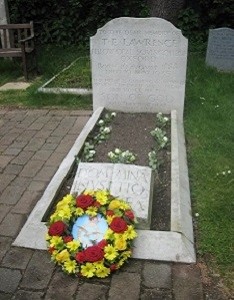 May we thank everyone who attended the events.

To see BBC South’s coverage of the memorial services, watch the video on our FACEBOOK page.

At Lawrence’s birthplace – Snowdon Lodge, in Tremadog, North Wales – he was given the tribute of an RAF fly-past as part of the commemorations.

The owners of Snowdon Lodge, Carl and Anja, organised a number of commemorative events over two days. 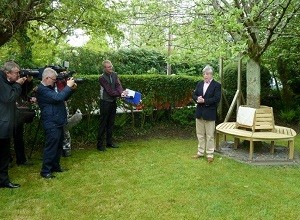 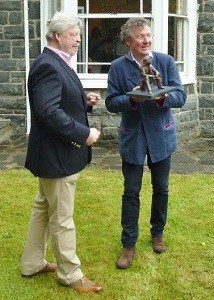 The figurative sculptor David Williams-Ellis displayed a maquette of his bronze sculpture of Lawrence which has been commissioned for Snowdon Lodge.

The commemorative events also featured Society member John Johnson-Allen who gave a talk about his forthcoming book, T. E. Lawrence and the Red Sea Patrol, which traces the pivotal role of the Royal Navy in the Arab Revolt.