Frank Helier Lawrence, aged 22 – the youngest but one of the Lawrence boys – was killed in action at Richebourg l’Avou, leading his men forward in preparation for an assault. What follows is his last letter to his parents. (The Home Letters of T. E. Lawrence and His Brothers, edited by M. R. Lawrence, published by Blackwell, 1954).

I am leaving directions so that should I be killed this letter will be sent to you. We know fairly well that the attack has been fixed for about May 12, if all goes well in the meantime. If the Gloucesters are in it there will most likely be very few of the regiment left, as it will be a huge affair and no means must be left untried to help it to succeed. It is quite possible I shall be killed, though I have no premonition about it. I am glad I have not. It is a queer thing to be out here in this beautiful weather and to think that perhaps I have only another fortnight to live. I am writing this letter on the hypothesis that I have been killed, so will treat it in that way. I am glad I have died, not so much for my country, as for all the many wrongs by which the war was mainly commenced and also which it inspired. The purpose for it all I do not think can be seen by us in this life but there is a purpose all the same. Now I come to a harder part. I know you will grieve for me, and it is no use asking you not to; remember me as one who has gone before, not as one parted for ever. This present earthly life is after all a very limited space of time. Although I have been parted from you on this earth for 8 months, yet all the time I have felt in closer communion with you than when I was at home. This more especially applies to my time in France. I think you have also felt much the same. I do not think this communion will be broken now. It will still exist, though there will be no letters travelling between us. If you cannot see me, yet I hope I shall be able to see you. I have many times felt how much I owe to Him who put me in my family. It has been a very, very great help to me all these last months, though I have fallen very short in many things.

This letter will be written in bits, as I do not mean to close it till the attack is near, unless of course death overtakes me first. We have been told we leave here (Hinges) on May 10, as at present arranged, which means we shall practically go straight into the attack. The bombardment on the German line where some division, which will most likely be ours, will attack is going to be fierce. I hope it will make the gaps in the wire as has been arranged. The ground on which we have in the last few days been practising the attack has been made as much like the real place as possible. The bayonets are all being sharpened, and the photo this morning I expect was taken by order.

Have learnt tonight when and where the attack will be made (by us). I shall be on a fatigue all day tomorrow, starting from here at 6.30. It is now after 12.0 m.n. and as I don’t suppose there will be any rest now till the job is over I want to get a few hrs. sleep. Goodbye,

Have finished the fatigue (6.30 p.m.). It was hard work. Am expecting the battalion to come up any time now. The fight tomorrow will be a big one. Cannot say all I want to, but I will not say ‘goodbye’ again. Rather, by His grace,

As I said this morning, only not in quite so many words, the attack was postponed 24 hrs. It will come off tomorrow morning I expect. I am not looking forward to it.

No time for more just now. 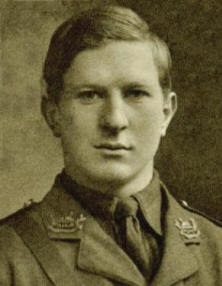